My boys are playing baseball outside, one in an old soccer uniform and the other in a shirt he’s outgrown. They are five and seven — perfect and perfectly positioned. I can hear and see them through my bedroom window but I’m not outside with them. I can appreciate their vitality from the comfort of my bed where I sit reading on a Sunday morning. It hits me over and over — I don’t have to be their playmate anymore.

I never really had to be their playmate. The stereotype of mothers of the past — 1950s, 1960s, 1970s — is that they didn’t play with their children. But we 2000s mothers are expected to. Not uniformly, though. My sister once remarked that it was odd to her that I played with my kids as much as I did. This was when they were much smaller and didn’t play together very effectively, so I got down on the foam mats with them trying to persuade them to choose rubber over plastic. Now that they are older, I see what she means.

I wouldn’t have to play with them at all and they could still report having had a good childhood. I have no memory of either of my parents ever playing with me. They made sure my life was comfortable, that I had enough food to eat, but I never saw it as their job to keep me entertained. That’s what we had siblings for. And friends. And TV. And my siblings, friends, and TV were enough. After all, parents aren’t playmates. Right?

The sharp distinction between parent and friend has gotten smudged and erased in places.

Playing with my children doesn’t make me their friend any more than simply giving birth makes me their parent. Except that maybe it does. And maybe it should.

I had always sworn that I would be a parent to my children, not a friend. They don’t need more friends, but they do need a steady voice of reason, discipline, and compassion to prepare them for the world. Attempting to befriend them would only confuse them, it would make them think they could get one over on me, trick me into letting them do something they shouldn’t. Friendship would allow them to pull on my heartstrings until I yielded in submission.

As I parent, I get to sit back and watch them grow from my window, to see who they are without too much influence on my part. It would allow them to come into themselves. As a friend, I would position myself out there with them, meddling in their lives and giving advice when none was requested. Can I do both?

Many of my university students report that a parent is their best friend, but they also report feeling stifled. Where is the perfect line for a parent, between helping and hindering? I have no answer, but it’s true that sometimes I do want to be outside, while they are still young enough to prefer me to play with them but old enough not to demand it. I want to be so close to them to know their inner lives, but I also recognize their need to go through things without me as a shadow.

It seems that the distinction between friend and parent isn’t as stark as it once was, but I still appreciate it as a guide to help me live alongside these little roommates of mine. 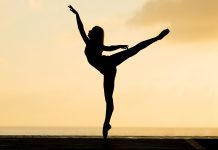 I Wish You Weren’t My Mom

Be a RGV Insider

RGV Moms Blog - January 1, 2020 0
We're ringing in the new year — and the new decade! — with a great round-up of local events and national holidays to keep...

The Scoop: Family Fun in the RGV in December

The Scoop: Family Fun in the RGV in November