Today was a hard homeschooling day. For those of you who’ve got kids at home, even if they are learning remotely and you’re not technically their teacher, I know you’ve had hard school days too. So, what do we do when that child — or worse, those children, in unison, like some child-mutiny against their benevolent leader – refuses to do their work?

At once, my two sons rebelled against their math work today. One had a bad case of allergies and looked groggy. The other discovered, in an irritating fashion, that he does not like drawing shapes on graph paper, for a reason he could not articulate. When they both crap out, when it feels like everything is breaking at once, I pray to keep it together.

This morning, I held a Charlotte Mason tenet in the forefront of my mind: teach the child, not the material. The relationship with my child is more important than getting through the subjects.

They could both skip math entirely today, but if I manage to keep the relationships intact, we will have succeeded.

Instead of lecturing them as I usually do, or yelling at them like I occasionally do, I listened.

Well, not at first. I first said that I wasn’t feeling respected by either of them, and I felt that flush of anger creep up when my eight-year-old son walked out of the room. I yelled, “get back in here, I am talking to you.” When he came back, I took him on my lap so that I would keep a physical bond with him.

I said, “I think I waited too long to feed you both, so what we’ll do is eat first and then try math afterward, OK?” They both agreed, but I was scared of what still lied ahead. Food helps, but it’s not magic.

Once something goes wrong, it’s eggshells until the day’s end.

I tended to my graph-phobic son’s ankle, which he said has been itchy for a month. I put cream on it lovingly and explained that he might have eczema. I told him how to treat it and was completely on his side. I think he was surprised and delighted that I didn’t dismiss his newfound physical complaint.

Witness to a Miracle

What happened next was somewhat miraculous: instead of eating, he went back to finish his math. I said, “you can do that later, just come and eat.” But he stayed. This kid’s got staying power. Like few adults I know, he already knows how to plow through something he doesn’t want to do. Later, I told him that this particular character trait — steadfastness, determination, fortitude? — will come in very handy in life. Kid 1 = relationship damage averted.

We’re back on track.

The six-year-old was trickier. I don’t have allergies so I don’t know how it feels to be zonked. He took forever to eat his snack, and then he dawdled forever in doing the writing/art project that came next.

I kept my cool with him except for a couple of strong prods and not-so-nicely pointing out to him that he was staring out the window instead of getting his materials ready. I think that he, too, was surprised that I didn’t come down harder on him because, after this lesson, when it was time for a read-aloud, he hugged me for a long time and sat on my lap.

I made it through the day making adjustments and focusing on relationships. Supposedly, my younger child will do his math now, during their “nap time.” If he doesn’t, I’ll have to make a different schedule for tomorrow. Both relationships were preserved, and for that I am relieved. Exhausted, cranky, and relieved.

Do what you can to preserve the relationship. It will cost you a lot of energy and pride in the short term, but in the long-term, you’ll be happy you did! 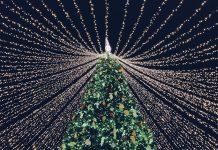 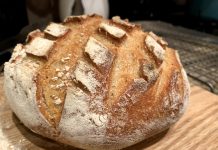 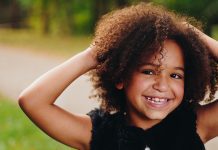 5 tips to consider before taking your child to the dentist 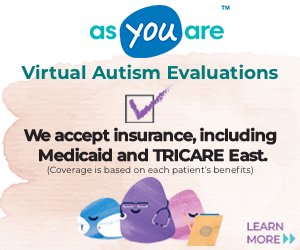 RGV Moms - November 28, 2022 0
There's a jingle in the air and a smile on our faces — the holiday season is here! From parades to Santa sightings, there...