Some women don’t love kids and decide not to have any. They see past the rainbows to the rainy days that cause them, and they realize that even a unicorn’s hooves occasionally get filled with mud. I understand these women, and I wonder how they could have anticipated the pain I would go through during baby boot camp after the birth of my first son.

But other women are obsessed with children, even those who don’t belong to them. These extreme kid-people make great doctors, aunts, teachers, friends, nannies, etc. They can tell you stories of babysitting and realizing their dream to have babies of their own.

Some of these born-mothers adopt or foster children either alone or in addition to having biological children. Some of these are motivated by a love of having young ones running around the house. You may be one of these women who strongly identify as mothers who love all kids. You’d know it if you are moved with pity when you hear someone else’s child crying.

Not me. I’m the one thanking God that it’s not mine.

I have no desire to play with other people’s kids, though I am usually happy enough to play with my own. I never loved babysitting — I did it for the money. I don’t feel an intense connection to children other than mine and some of my nieces and nephews, who I haphazardly fell in love with when I was still a child.

I am not sure what accounts for the difference between mothers who love other people’s kids and those who don’t, but I know that I am not the only one not down with OPC. True story: last week the thought crossed my mind that the existence of my best friend’s children will put a damper on what would otherwise be a wonderful visit with her. I am not proud of this thought, but there it is.

What if There’s No Such Thing as Other People’s Children?

Everything was fine with my way of doing things until I heard New York Times best-selling author Glennon Doyle say that there’s no such thing as other people’s children. No such thing. If she were right about this, it would mean that moms like me who only love our own children are screwed.

“No such thing” would mean that the “other” in “other people’s children” is a lie and always has been. It would mean that when I hear a child cry, it is my child crying, and I shouldn’t let God off the hook so quickly. It would mean that I am responsible for the most vulnerable population out there: children. Colicky babies, toddling airplane-ruiners, germ-ridden four-year-olds.

If other people’s children don’t exist, then that would mean that we have been responsible for them this whole time. We wouldn’t be allowed to walk away or pretend that they brought suffering onto themselves. All children seem to know how to find the chink in the armor of mothers like me who would like only to have to take care of my little bundle, herd, tribe, wolf-pack, or whatever the going metaphor is today.

If there’s no such thing as other people’s children, our lifestyles would get cramped, and we’d have to make room for more. More patience, more attention, more affection. We’d have to huddle up close as women and mothers and agree that our suffering kids out there need our help. And we’d have to confront the niggly sensation that we still have help to give — love, in other words — and rush to it.

It would also mean that reluctant mothers like me wouldn’t have to be like the natural-born-mother-heroes who adopt twelve siblings. I’m guessing that something doable like watching our neighbor’s kids would count.

We can at least strive to become a resource for one other person to count on, even if it means disorganizing our routine and/or our living rooms.

What could we accomplish together if we all adopted this new, old-world idea that there’s no such thing as other people’s children? 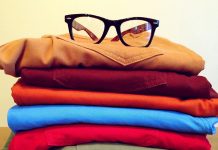 Grandparents We Can Count On 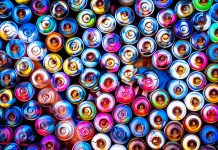