“Did you know Aiyana had Trisomy 18 while you were pregnant?” the pediatrician asked. “Yes. I had a high-risk NIPT test at 13 weeks and a confirmed diagnosis by amniocentesis at 20 weeks,” I replied. “And you still continued the pregnancy?” he said in a condescending tone, as he shook his head and continued to examine her.

The doctor was arguing for termination of a child, even while examining her in real life. Sadly, this shocking experience is all too common for the parents like me of kids with Trisomy 18.

Getting medical care and support from doctors, hospitals, and insurance is a constant battle as we are forced to convince medical professionals that our child’s life has value.

But I have seen glimmers of hope that it’s beginning to change.

Trisomy 18 — or T18 for short — is a rare disorder. Simply put: it means that my daughter has a third copy of the 18th chromosome. Edward’s Syndrome, as T18 is also called, can lead to a lot of different issues and conditions that affect babies developmentally and in other ways.

If you Google it, you will only find death rates: 90% of babies born with T18 will pass away before two weeks of life. Many babies with T18 are born stillborn and less than 10% of T18 babies will live until their first birthday. Because of this, many doctors urge a termination after a T18 diagnosis.

As her mother and caregiver, I see Aiyana’s issues with T18 in a completely different light.

I became pregnant with Aiyana, my second daughter, early in 2018. She was very much wanted and loved but the pregnancy had issues from day one. My world was rocked when I learned about the NIPT risk and then the amniocentesis confirmation a month later was earth-shattering. I’ve never been so terrified and uncertain about anything.

I was faced with deciding whether I wanted to terminate or continue the pregnancy. I chose to continue because I felt so strongly that this baby was different than the statistics I’d learned about. She kicked and moved constantly, despite my being told T18 babies don’t move. She had a consistently strong heartbeat, even though they said she’d pass away every single week for 39 weeks. I could feel that she had a purpose to make, even if it was short-lived.

She’s defied all the odds so far and is six months old now.

Just Call Me a “Medical Mom”

I’ve always said if there is a medical issue that would be fixed normally in a typical child, then that same issue should be fixed in my atypical child. My daughter deserves the same level of care and support that any child would receive. Unfortunately, not everyone agrees. And so:

I had to become a “medical mom” to make others see Aiyana’s life is worth fighting for.

I’m happy to say she is thriving right now. She’s gaining weight consistently and is now 8.5 lbs. Her reflux and seizures are under control, her heart and diaphragmatic hernia are repaired and her mystery liver mass is being removed and tested. She is comfortable, happy, smiling and loving life with her sister and me. Soon, we will be home and living life together, all three of us.

This unexpected journey has become life-changing for all of us. Life will never be the same. But, if her life ends earlier than I pray, I’ll be at peace with that because I know that I’ve fought, supported and loved her to the very best of my ability.

I can rest because I know I’ve done all that I can do. The rest is in God’s hands. 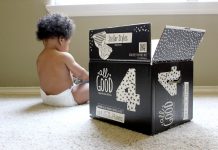 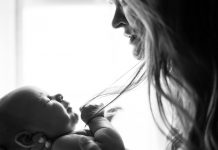 Song for a Newborn Mama