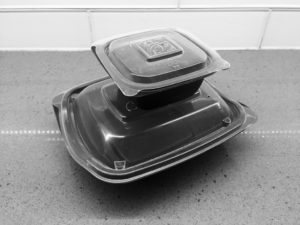 Excuse the cliche, but I’m a mom and this post is about Chick-fil-A. We all love it there, right? I’m specifically speaking to the plastic containers in which Chick-fil-A serves several menu items. One evening, without thinking, I washed a plastic Chick-fil-A container discarded in the sink by someone too lazy to walk to the trash can (quite possibly myself). Once I washed it, I couldn’t bring myself to throw it out. So I saved it, I reused it, and I discovered how handy those little containers can be.

Have you ever really examined the containers? Aside from their useful sizes, they are surprisingly sturdy for being disposable fast food packaging. Not even those disposable foil casserole pans come with lids as sturdy as Chick-fil-A containers — nor do they come loaded with tasty chicken, but who’s keeping track here? Some of the containers even have fine print on the bottom that says they are top rack dishwasher-safe. I’ve found that the sturdy plastic Chick-fil-A containers easily hold up to washing and reusing a couple of times before finding their way to the recycle bin.

But why Reuse Them?

You may be asking, “Why would I want to save, wash, and reuse plastic containers from Chick-fil-A?”  My primary argument should be, “Because it’s good for the earth,” but it’s not. Being kind to the earth is just an added benefit that makes you feel good.  The real reason I reuse Chick-fil-A containers is because they make for less worry.

Overcome Shame in the Name of Less Worry and Less Waste

I’ll be honest. At first, I felt self-conscious carrying home empty Chick-fil-A containers, as if people were judging me for hoarding trash. Those feelings, however, didn’t last long. I’m not a hoarder. I’m creating less worry for myself, I’m reusing something I already paid for, and I’m doing something good for the earth.

And if I don’t feel like washing the Chick-fil-A containers when I get home, that’s okay too.  I can drop them in my recycle bin and feel good knowing that at least I recycled them, which is better than what I suspect happens when you drop them in the trash can at Chick-fil-A.

I see a lot of fellow moms at Chick-fil-A, but I see very few carrying home their empty plastic containers. Maybe this post will inspire a few of you to try reusing the containers a time or two before recycling them at home. If reusing disposable plastic containers isn’t your thing, I hope I’ve at least inspired you to think of other ways in which you can reduce worry and waste at the same time. 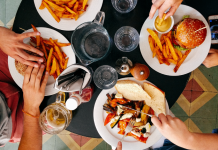 Woof! Where to Dine with your Canine in the RGV