If sleep is for the weak, my sons have collectively decided that I will be stronger than Atlas.

The screams of, “my ball!!” echoed in my ears as I covered by head in frustration. It was nap time, and both boys were confined to the playpen, safe, but royally ticked off. I just wanted to rest. I just needed more sleep. Don’t these kids realize that sometimes a nap is literally a dream come true?!

**Ding, ding** In this corner – the reigning tag team champions, weighing in at a combined 65 pounds (give or take a loaded diaper or two) Dean the Machine and Dante the Hulk OLMEDA!!! In the opposing corner we have the challenger weighing in at near pre-baby weight thanks to 4am gym sessions, minus a stress eaten cupcake or two (ok, who are we kidding, more like 4?) MOM, MOM, MOMMY!!!!

Ok… divide and conquer. Take out the big kid first.

**Looks like an interesting strategy, folks, will this work?? She’s tried it twice today already – what is that they say about insanity and repeating something over and over expecting different results?

There I go with the two year old to the bed, while the one year old continues to scream from the playpen. Feigning sleep I squeeze my baby tight, clench my teeth, attempting to ignore the angry cries from the other room and pray for Dean to sleep. His breathing gets heavy – good sign, he starts to suck his thumb (YES!), and then I feel two sharp little fingers pry my eyelid open, “mom?”

** Oh, ladies and gentlemen, the insanity continues! She wasn’t expecting that one!

Ha…ha…hahahahahahahahahaha. He giggles with me, and my whole world glows with love. Oh, my sweet boy. “You are so tired, it’s nappy time, baby.” I say with nose kisses and I pull him closer. He shocks me and suddenly becomes a little man, gently pushing my head onto his shoulder, places his head on mine and starts to relax and fall asleep. Oh Dean…

Now to little brother, still screaming, and at this point angrily berating me in his own language as he pounds his fists on the side of the playpen.

** He’s a lively one – they don’t call him the Hulk for nothing.

I grab him, lie down with a bottle, wrestling him with me as he arches his back and screams. Within about a minute he is out.

** She’s done it! Ladies and gentlemen, we have a new naptime champion, she’s… she’s… out.

The fight is over. Mom wins. 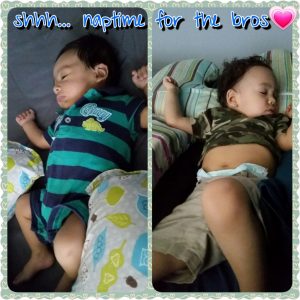 A year has gone by now, and nap times are still a fight. My husband and I had never really been around kids until we had our own; we had no idea what we were in for, and our second was planned… but not expected quite so quickly. So the back to back babies made it an even larger challenge.

Has it gotten easier? In some ways, sometimes… But to be truthful – sometimes it seems less like a handicapped wrestling match and more like I’m trying to tame an unpredictable raging bear (or two!) For all the struggles, though – the resistance to sleep, the demands, balled up fists, and yelling, there are the hugs, the smiles, the little hands cupping my face while asking for kisses, and the random, “I love you” proclamations. What can I say? They are going through so much right now, and at such close ages they are bound to feed off of each other.

I know it is a phase, and sometimes I see little glimpses of what is to come, like my older son’s moments where he sighs, grabs his brother’s hand and says, “Tante – it’s time for bed” or when my youngest says, “My Deanie, we need to be nice, brother,” as his arm encircle Dean’s neck, and I melt. It makes me laugh and takes me to a place of serenity. Regardless, I’m tired. I haven’t slept more than 5 hours a night for at least 4 years, and that’s on a good night! I often wonder why on earth they would fight sleep so much when they clearly need it?? Maybe it’s just my ignorance where small children are concerned, but I think we probably all go through that at one point or another.

Growing pains, like a wrestling match, usually are two-sided. Naps are just another part of that intricately choreographed dance between challenger and champion – we rarely know what side we will be on, but someday we will look back and laugh… after a long, luxurious, leisurely, and well deserved nap. 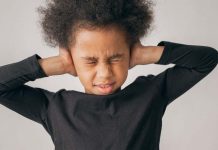 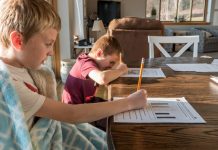 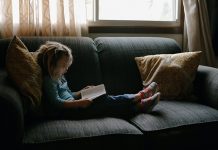