When I was pregnant, I envisioned the perfect blissful natural delivery. My precious baby girl had other plans. I had a very complicated pregnancy that required bed rest, three liters of water per day, inserting hormones into my vaginal canal to keep her in, and to top it off…she was stubborn and stayed breech up until the day she was born. As I previously mentioned, I had a high risk pregnancy so I had doctor’s appointments at least three times a week varying from the specialists to my regular ob-gyn. I got to see my baby on the black and white screen twice a week and each time she was sitting right side up. I knew that I really wanted to have a natural delivery, so I had to try everything in my power to get my little baby girl to flip! 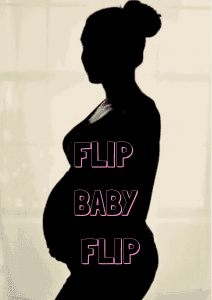 I scoured the internet for all my options. After hours of google research, I attempted these:

I know these options may sound strange, but I was desperate and willing to try anything to get her to get head down. For all you expecting mommas who have a breech baby, make sure to talk to your healthcare provider before attempting any of these techniques. My doctor gave me the greenlight on these techniques and forbade me from trying a few others. I know that he thought I was silly for trying to take control of my baby’s position, but as her mother, I was willing to try to provide her with what I thought, at the time, to be the “best” birth experience for her.

The Breech Tilt
I did this one in bed. I would lie down and put two firm pillows under my lower back. I would straighten my legs against the wall and hold myself in the tilt for about 10-15 seconds. I would repeat this multiple times while I was reading or watching tv. It is probably best to do this on an empty stomach to avoid heartburn. Result: She remained breech.

Music
I played music for my unborn baby all throughout my pregnancy. 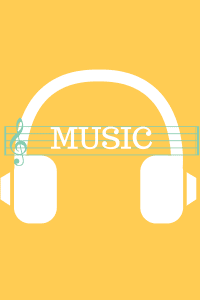 I have an eclectic taste in music so I would sometimes play classical (Bach, Mozart, Chopin) and sometimes my favorite: Josh Groban. Once I found out that playing music near the bottom of my burgeoning belly might make her migrate her way down, music became played in overdrive. I’d set the phone on my lap and let it blast. If I was working or in a place that my music of choice couldn’t be blaring, I’d tape headphones to the bottom of my belly and let the music call her down. Result: She remained breech. (I’m thinking she wasn’t a fan of my music because now that she is over a year old, she cries anytime Josh Groban is played)

Ice Packs
Baby’s like the comfort of their momma’s cozy, warm womb. A trick I tried was to put an ice pack on the top of my belly. It’s said that the top of the womb will get cool and the baby will flip to get to the warmer lower region that doesn’t have a cold pack cooling the area. Bagged frozen vegetables are said to be great because they aren’t cold enough to cause the mother discomfort. Result: She remained breech. 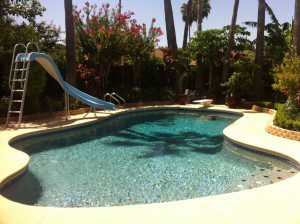 Handstands in the Pool
This seemed like the craziest idea to me. I’m not sure why this supposedly works but people swear by it. This was the most difficult for me to do because although I have a pool in my backyard, I had a winter baby so jumping into the cold pool was not appealing to me. However, for the pregnant summer mommas, getting in the pool and attempting a handstand might just be a great way to cool off with the RGV summer heat. Result: She remained breech.

Light
I bought a small flashlight that I would shine on the lower region of my belly. The belief is that the baby will be attracted to the light and try to get as close as possible. Result: She remained breech. 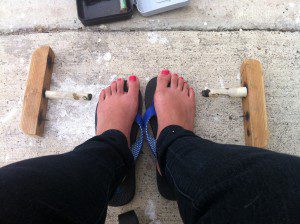 I had never heard of this before, and when I mention this to people I always get strange looks! Moxibustion is a form of traditional Chinese medicine derived from moxa which is commonly known as mugwort. It is a huge cigar looking roll and burned near the edge of your pinky toes. The Chinese herb is said to promote movement and activity. I went to a local acupuncturist and proudly stated I was there for moxibustion (feeling like a well researched momma-to-be). I was led to the back of the building where I sat in a chair for about an hour while my feet were “smoked”. I could definitely feel baby girl moving within that hour and I was sure that it had done the trick. It hadn’t, so I went back for a second treatment. It wasn’t a cheap process so on the third try; I asked if I could buy the rolled moxa so I could do it in the comfort of my own home. The acupuncturist sold it to me and I saved about $40! So if you are going to attempt moxibustion, I would definitely inquire about purchasing the herb. Result: She remained breech.

There are other options that require a medical professional that you may discuss with your doctor. Although none of these techniques worked for me, many women swear that at least one of these tips have made their baby flip. At the end of my pregnancy, my sweet baby girl stayed in the breech position forcing me to have a caesarean section. Although, it wasn’t my ideal birth plan, it was the way it had to be and I am very pleased with how my baby girl arrived. 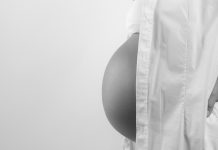 Baby Got Me Walking from Side to Side: 3rd Trimester, 3rd Baby, 3rd REAL Reality Check 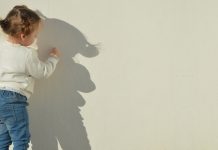 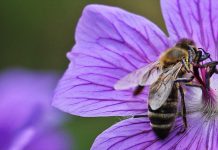 The Birds and the Bees for Moms: A Story about Trying to Conceive