“I just bathed them,” my husband said to me at the front door with worried, leery eyes as he stared at the frog in my hand. My legs were covered in freshly mowed grass cuttings and smudged up and down with mud from our playtime earlier this morning. Mom plays with dirt, too, sometimes. I smiled sheepishly as I peered into our living room excited to share my little pal with my sons.

A few days earlier, the boys and I were out back one afternoon watering the vegetable garden, which was looking pretty thirsty after an exhaustingly hot South Texas week. Lo and behold, out jumps a frog!

Naturally, I knew the kids would love to play with a frog and learn about its anatomy so I quickly rounded it up in my hands (where it promptly peed) and ran over to where the boys were digging in the dirt.

“Close your eyes!” I giggled.

They excitedly did so with squinty eyes and big smiles.

“Now open them!” Even bigger smiles emerged as my two-year-old instinctively reached for the frog and started handling it like a pro zookeeper. Cue about 10 minutes of play with said frog until I insisted that he hop back to his house in the dirt of our growing vegetable garden where he lives. 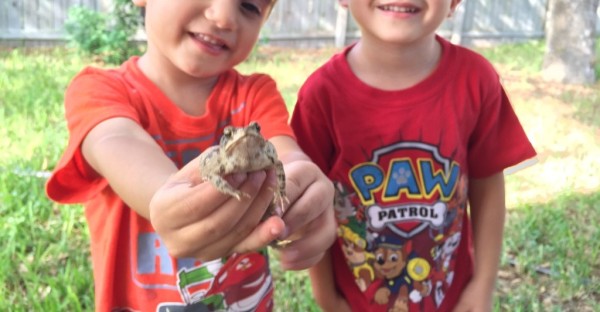 For days since the last frog encounter we religiously watered the vegetable garden each afternoon in hopes of finding that frog again to no avail.

So back to this morning.

Daddy worked the late Friday night shift, so mommy (that’s me) had early morning wake-up duty with our three little boys. After a taco run it was clear that we needed to go outside to keep the house quiet enough for my husband to get a little more shut eye before plunging into the day. 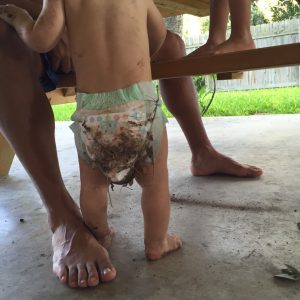 Playtime turned into dirt excavation with their fleet of plows, tractors, and dump trucks. A little mud here, a lot of running through the sprinkler, a bunch of dirty toes and leaves stuck to diapers with a lot of laughter and serious talk about earth-moving. This is how we roll in a home with three sons. But still no frog. 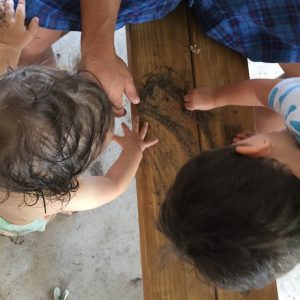 Since the grass needed cutting and I was already quite filthy, I happily volunteered for the job while my husband volunteered to bathe our three wee ones who were by now covered in dirt.

Daddy bathed the boys while mommy cut the grass.

Mommy found another frog in the yard and wanted to show it to the freshly-bathed and cleanly-dressed boys. Daddy’s eyes expressed that it might not be the best idea right now. The irony is I completely understood because in his shoes I would have thought and felt exactly the same way.

Sometimes it’s fun to just get dirty right there with the kids. Forget about the phone, hunt for amphibians, and don’t mind the sweat and dirt. Often I do let that get the best of me, but not today.

It was a great time to be a mom of boys.

A mom of kids, playing with frogs. 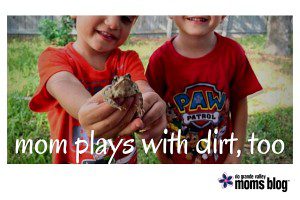 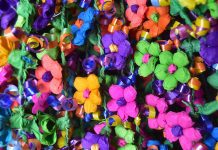 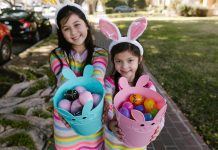 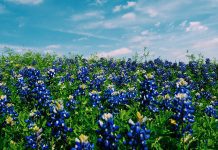